Here are Earth Arc, we are the home to 24  horses of all makes and models. This page will be an introductory to each horse and their story.
Most of our horses are here permanently. Some still need training before they can be adopted out. Some horses have a sponsor, in the description it will tell you if that particular horse has a 'special somebody' or not. 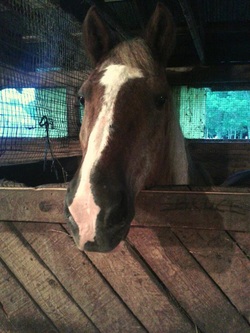 Breezy.
He is a Belgian Welsh cross.
He came to us about a year and a half ago from an elderly gentleman who unfortunately could not longer keep him due to health issues.
In the lower picture is Breezy with his special girl Jenna. 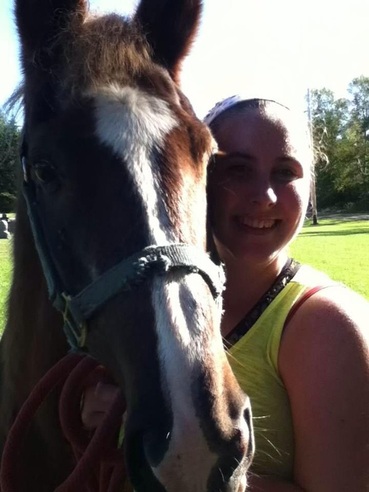 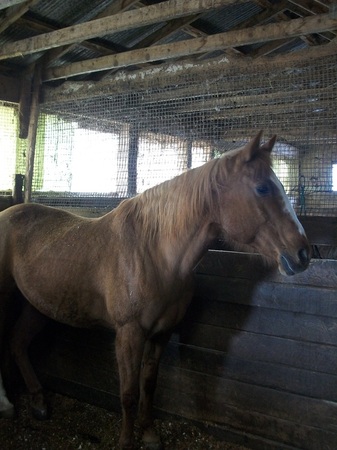 Sunshine By Impression.
AKA Sunny.
Sunny is a retired show horse in her early 20's. Sunny has been diagnosed with Navicular Disease, which is the human equivalent to arthritis in her front feet.
Sunny came to us approximately 6 years ago from the meat truck.
In the below picture is a picture of Sunny and her special person Tamara 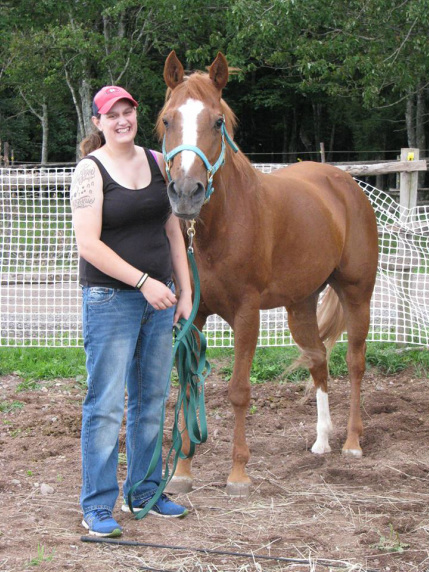 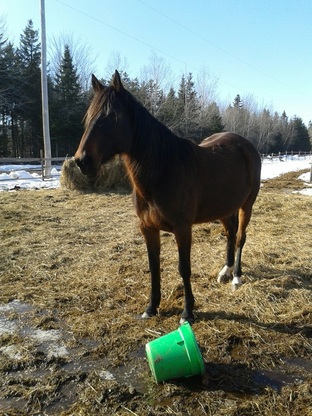 Airborne Jep.
Jep used to be a race horse. During the qualifying race, another horse hit her buggy and it tipped causing Jep to trip and put her hip out of place ending her racing career. The man refused to put her down so he gave her to a girl he knew but they became scared of each other. Not wanting to euthanize the horse, the parents gave Earth Arc ownership. At one point Jep had been adopted but the couple split up before finalizing anything.
Jep is a standardbred horse and pictured below is her and her special person Hannah. 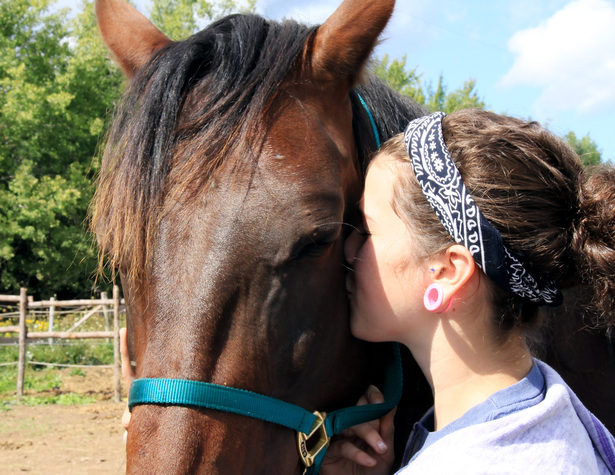 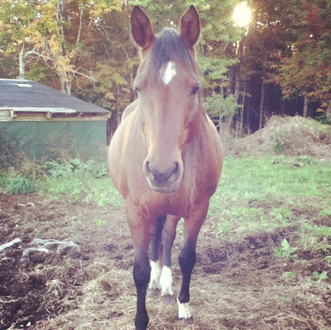 Wicca was born on the farm. Now at 20 years old, she's been trained in English and Western. She's been shown on and off for a few years.
Wicca is an appaloosa. Shown below is Wicca with her special person, Sadie 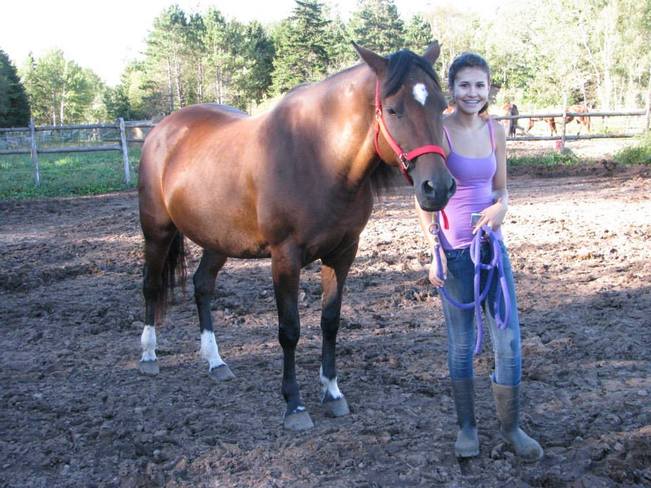 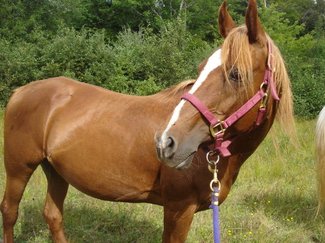 Crown Rose
AKA Rosa
Rosa has to be in an open space so she doesn't feel confined or trapped. More to come 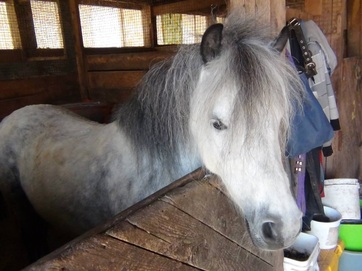 Demi Tasse
AKA Demi
Demi was given to a man for his children by his sister. Demi was not trained. She quickly learned that if she squealed or give a slight rear, the kids would leave her alone. The kids soon became too afraid of her and her ownership was passed over to Earth Arc
Demi is 1/4 Newfoundland Welsh Pony 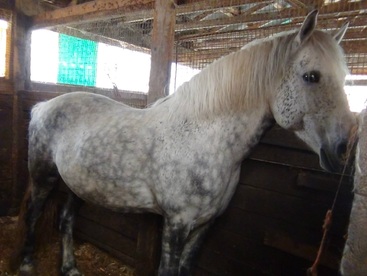 Yes I Will
AKA Willie
Willie was born at Earth Arc and is the son of Lightening. Willie is part Newfoundland Pony and part Percheron. He had a special young girl who loved him dearly and moved to Halifax with him but due to personal issues they could no longer afford his boarding and he came back to us.
Below he is pictured with one of his special ladies, Myrna. 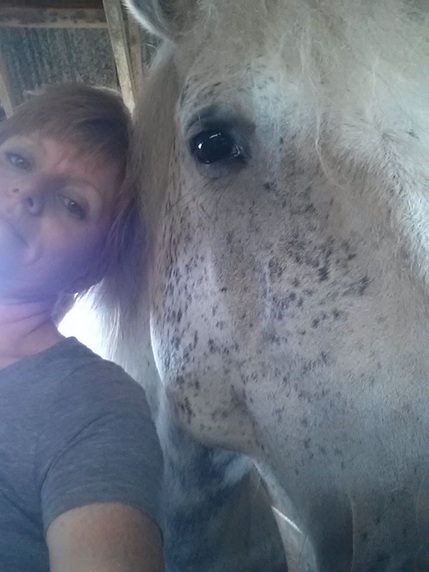 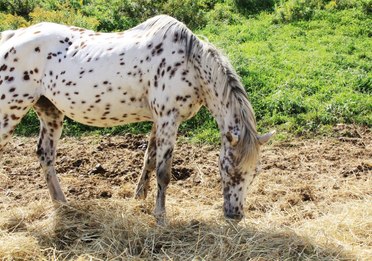 Be A Doc's Girl
AKA Bea
Bea was the last foal born to Raven's show mare at the age of 26.
Bea is from 23 generations of Appaloosa 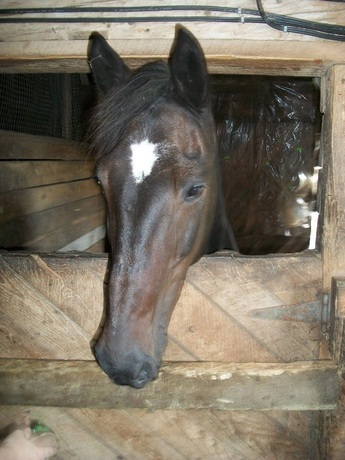 Tonka
Tonka who is 1/2 thoroughbred and 1/2 quarter horse was previously owned by a loving girl who moved away to university but did not want to keep him in the dirt paddock he was residing in in Onslow. She asked us to take care of him so he could have a peaceful retirement with lots of free roaming and grass. 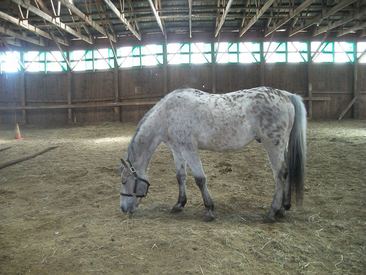 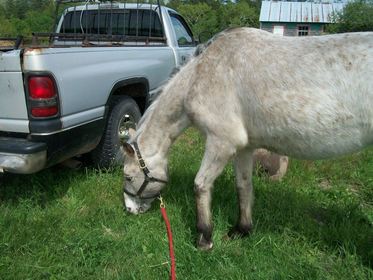 Going on Hope
AKA Hope
Hope was born prematurely at the barn and it was uncertain she would survive and were merely 'going on hope'. Because she was born so early, she gradually lost her eye site, but before doing so won many awards and ribbons during her show career with a girl who never gave up on her.
Hope is an Appaloosa and her father is Bruce. 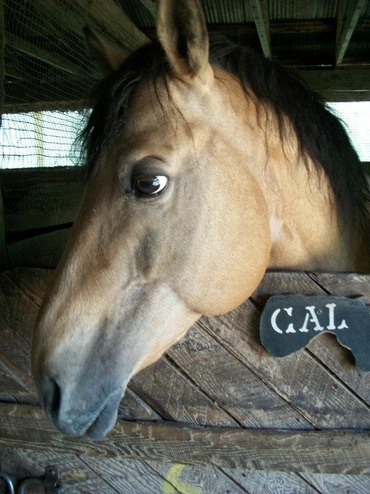 Wolfwind's Calico
AKA Cal
Cal was born on the farm and was affected by mycotoxins when he was younger. This required him to receive numerous blood tests. Because of this Cal has a huge fear of needles and is uneasy when people come into his stall.
Cal's special person is Faye.
Cal is an Appaloosa 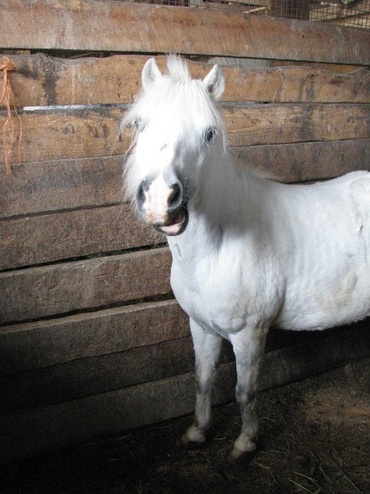 Cracker
Cracker belongs to an elderly gentleman who requires dialysis three times per week. Because of this he could no longer take care of Cracker for the time being.
Cracker is a Miniature Pony.
Crackers special person is Bailey and Emily, below is him and Emily! 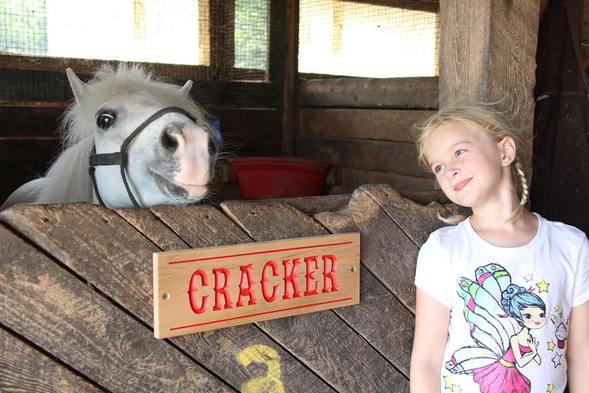 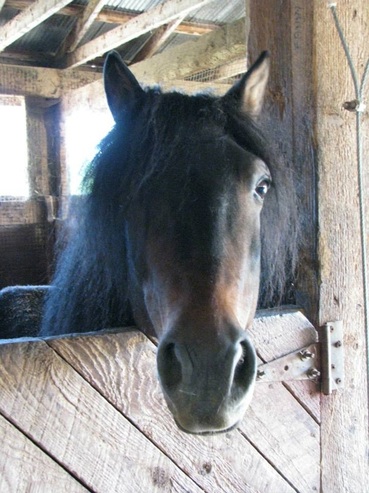 Lightening of East Tickle
AKA Lightening

Lightening was caught in a barn fire and now has a bad cough, but is getting better.
He is 100% Newfoundland Pony. Pictured below is Lightning with one of his special people, Tamara. 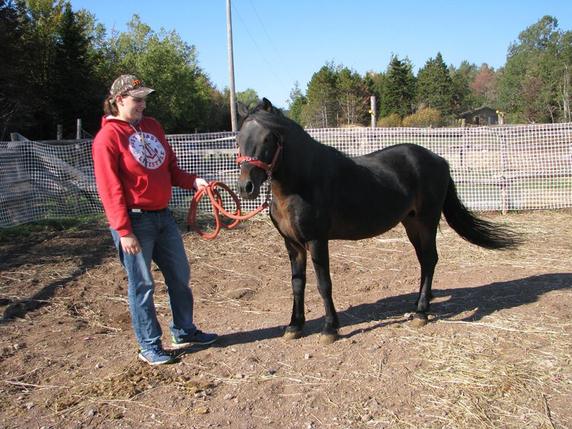 More to come, please be patient!!
Powered by